The only problem with troubleshooting is that sometimes trouble shoots back.

May your burgers and hot dogs full your bellies and your games be plentiful with loot! Happy Independence Day everybody! 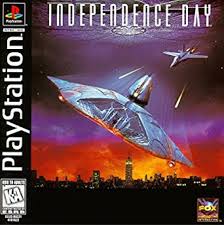 The past 2 weeks I have been concentrating on updating the code for HTML 5 compliance and it was a long process. I finally got around to implementing the recommended security and site settings from h5bp for Apache 2. Thank the Gods I only had one inline script to allow... it could have been worse. I will definitely try to stay away from those if I can.

CSS is finally getting more mature albeit bloated. All styles have been synchronized and looking pretty good. Only issue so far is the percentage bar for User Quotas which is not working on the production server. Works fine on the development one for some reason. The forms are perfect on Desktop, Tablet, and Mobile mode thanks to a screen detector library and CSS rules for screen size.

Gallery and Product display code got an update and the screen size changes the way items are presented to either one column or multi columns.

The version is now .3.3b and I can start back to work on my TODO list. Invoices as a page and emailed as well as the administrator Orders DB interface with shipping, refunds, and voids are up to bat. After the holiday... I need a day of good food and games to rest.

Let me stop lying before I get a taste for it. This shit is not fun... its a tool to be used.

Sounds like a setup to a fucked up techie bar joke but fuck it:  There was a laptop and 2 desktops that started going at in in a bar. One desktop who thought it was the "main" desktop started complaining every time it had to do a pull request."Why do I always have to pull when yall usually push? The other desktop who thought it was boss hog from dukes of hazard said: "Dang namit! WT@?!?@?!@? Can't yall just pull down from me instead of some @?!?#@#!? server ?". The laptop thought it was the next best thing to sliced bread and just thought "at least I get out of the local domain... b#@!h". Meanwhile, the server was just cool and casual... sitting at the bar and taking in new sites and finally said: "If yall mofo's would push properly, I wouldnt have to keep track of all the drunken, stoned, WTF changes yall making. Desktop 1: why 6 commits in the course of a minute? How high was your user? Desktop 2: you did more pull requests than any other user... drunk much? Laptop: I think your browser is mis-configured to commit your porn downloads into the code base... STOP DOING E!".

The development version of FFS is finally getting closer to HTML 5 compliance. Properly tagged code, forms with labels in div's instead of tables, and rich CSS definitions and usage.

Shortcuts have been added to the admin back end while browsing the front end to keep sysadmins from tossing their tower out the window.

Added tabbed forms for big tables to the TODO list. I thought about having separate forms to tackle different sections in the config db table but decided tabs would work better.

So ya... even though I love coding in the style of the old username/password dynamic... I think that it complicates the user experience for newcomers. More and more sites are going email/password only and I get it. "Identity" has changed on the internet since the 90s and 2000s... real identities and your virtual ones are becoming the same with the advent and rise of Social Media. Users can login with their Facebook/Gmail/etc. accounts connected to a real user profile for more and more services. While I wish most others be able to enjoy and love the adventures I have had on the net, surfing in a superhero like fashion... you have to eventually play to what the people want. In other words... "If you build it, they will come".

All of this to say usernames will be removed from FFS and the code will rely on email/password logins plus a new lite ACL for all.